Skip to content
Home > Caregiver Resources > Advance Care Planning: It’s the Right Thing to do for your Family 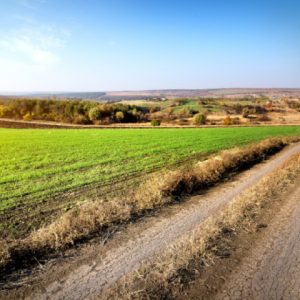 At the age of 68, Terry’s father had suffered two heart attacks. Terry had approached his father about discussing the need for a last will and testament and if he had thought about pre-arranging funeral plans. “I immediately got shut down. Back then, the mentality was ‘let’s not talk about it because maybe it will go away,'” Terry said. After several attempts, his mother discouraged pushing the issue further, and he decided to drop it.

Three years later, his father suffered a third heart attack that was fatal. He was 71 years old when he died, leaving behind his wife that had never paid bills and valuable farmland with no will or funeral plans. “It made for a very high-stress situation,” Terry said, adding that he and his siblings did not all agree on how to handle the matters presented to them. “It would have been much easier if Dad had written down what he wanted. It ended up being more stressful than it needed to be.”

According to Terry, it was a wake-up call for him and his wife. They were adamant that they would not leave their three children with no direction as to their wishes. The two of them took a class on funeral planning, created a will and completed advance care directives.

“We’ve pre-arranged all of the policies and information in one place, making it simplistic for our children,” he said. “We’ve made plans, written health care directives. The funeral arrangements and headstones are all paid for. We’re even in the process of writing our own obituaries.”

Having endured the process, Terry says that planning the arrangements surrounding your own death are tough decisions to make, but they are conversations that families need to have so everyone has an input. “We could die tomorrow, 10 years from now, 20 years from now,” Terry said. “We need to be more ready than he (his father) was to relieve our children of the stress.”

“From time to time, I think I should have pushed harder. My dad died at age 71, which is close to my age right now and I am so pleased with decisions my wife and I have made,” he added. “We should make these kinds of decisions while we have our faculties.”

In reflecting back, Terry also is coming to terms with his prior choices regarding his health care. In 2011, Terry had open heart surgery to replace a valve in his heart. “I entered that process without an advance care directive, and I guess I didn’t even think about it prior to the open heart surgery. I’m sure the hospital personnel discussed it, but I kind of just put it out of my mind,” Terry shared. “Now after reading the book ‘Being Mortal’ and putting my thoughts down on paper, I realized, ‘Wow, I should never have done that.’ My surgeon told me it was major surgery, but she had done thousands of them like mine. I guess I was thinking everything was going to go fine—and it was—but I feel bad for my family that I didn’t have that advance health care directive in place at the time of my surgery.”

At 72 years old, Terry has composed a lifetime of unique experiences, many heartwarming and a number of them more challenging. “I just know in my heart that completing a health care directive has to be done because of those experiences. I am very passionate about advance care planning because I just think it’s the right thing to do for your family,” he explained.

Do you have a written plan stating what kind of health care treatments you would or would not want if you could not speak for yourself? If you would like help completing your health care directive, please contact us and we’ll arrange a time convenient for you to have a crucial conversation.