Skip to content
Home > Caregiver Resources > How to Know if You’re a Caregiver: Signs to Recognize in Yourself and Others 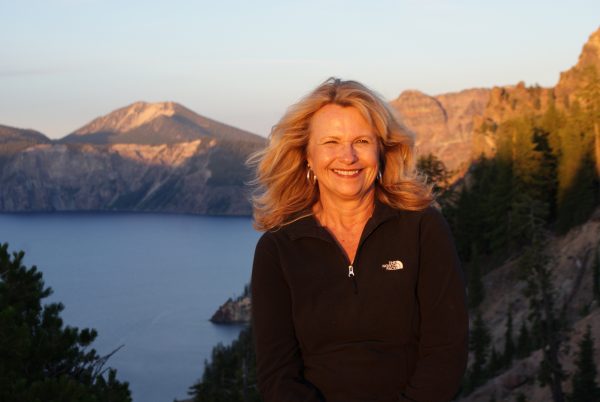 If you’re a Scrabble player, perhaps you already know there are 144 possible word combinations contained in the word “caregiver.” Likewise, there are probably as many situations in which someone might be involved in a setting that would consider them a “caregiver.” How do you know if you’re one of them?

The Accidental Caregiver
My mother could have been labeled an “accidental caregiver.” She married my jitter-bugging, music-loving father in 1942, neither one of them knowing what the future held for them in terms of health challenges. My supposedly “hale and hearty” father, in his early 20s, had tried to enlist in the Army before he and mother married, but he was classified as 4-F (indicating he was medically unfit for service) because of a heart murmur.

The story goes that he took the Army’s form stamped “4-F” at the induction center and put it on “the bottom of the paper piles” and tried going through the enlistment line again. They rejected him and sent him home. He was heartbroken. He had sold all his worldly belongings, even his guitar, thinking he was “off to the war!” He and my mother married shortly after, and seeking work, they took the Northern Pacific train, west to Seattle. My sister and I were born within the next six years.

Only a couple years later, dad started having mini-strokes, associated with the untreated rheumatic fever he had as a kid. His mitral value, which lies between the left atrium and the left ventricle, had narrowed, his circulation was compromised and he was, for his remaining life, chronically and seriously ill. Slowly but surely, throughout the course of my childhood, my dad’s health deteriorated. My mother’s life as a caregiver, without fanfare or acknowledgement, had officially begun.

Continuous Caretaking
The term “caregiver” wasn’t officially used until around 1966. Before then, it was called “caretaking,” or as in our family’s case, was not even labeled or discussed. Mom worked full-time. Dad worked when he could. Mother took care of him, and somehow, we survived—quite happily, in fact. In 1956, my father traveled to the Twin Cities to become one of the first patients ever at the University of Minnesota Hospital to have major open heart surgery; a mitral heart value repair was done using the new (Think Medtronic!) heart-lung bypass machine. The surgery was a success and my father lived another five years, with a fairly good quality of life. I was 14 when he died.

Through it all, mother was the one who took care of him, my older sister and me. There was no label for what she was doing, nor did she point out specifically what it was she actually did. After my father died, in 1964, my mother, sister and I carried on. At age 42, five years following her widowhood, my mom married again. Her new life was amazing—a miracle—until, 10 years into that marriage, when my strapping, handsome and successful stepfather suddenly developed a rare neurological disease called spasmotic torticollis. And once again, accidentally, my mother assumed the role of caregiver. She never wavered, until the tables turned.

Although my stepfather struggled with his disease, he and my mom carried on with a fairly normal life until my mother was diagnosed with Alzheimer’s at age 70. Always an independent and proud woman, she was quite understandably devastated. Yet, she continued to care for my stepfather, taking him to neurological appointments, keeping his medical records and being his advocate. She was a fierce and tireless caregiver.

The Advocate
The Thanksgiving after her diagnosis, they traveled from Kansas to spend the holiday in Minnesota with us. My stepdad was exhausted and frantic, trying to map out the future with my mother, who was increasingly losing her grasp on reality. He and I had several brief opportunities that holiday weekend to talk alone, and in the end, I jotted down ideas on a notepad for him regarding my mom’s care to discuss with their doctor once they got back home. It was all good, knowing at least, that somehow I was helping. The long-distance caregiving, for me, as a daughter, was difficult. It was hard to stay engaged with mom’s care while having little say in the actual decision making. Giving my stepdad advice seemed helpful at the time, until my mom discovered the notes in his shirt pocket while she was doing his laundry after they got back home.

A few days after Thanksgiving, our phone rang late. I was already asleep. I answered the phone groggily and heard my mom’s voice, usually tender and loving with me—never confronting, now shrieking, saying I that had betrayed her trust. It took me a minute to even realize who this caller was. “Mom?” She sounded that foreign to me. “I’m the caregiver, Sharon!” she scolded, repeating this over and over again. “I’ll do the caregiving. I’ll do the caregiving here!” I cried myself to sleep. But mother had made her point.

Turning the Tables
So, who are the caregivers? How do we know when the tables have turned? And why is it important for us to even care? How can it make a difference in our experiences of caring for loved ones? Maybe it’s the importance of knowing the enemy, or identifying the diagnosis. If you can’t name it, you can’t treat it or fight it. Recognizing yourself as a caregiver, and then articulating what you need as a caregiver, is also a big step in the right direction.

In my mother’s case, although she had been diagnosed with dementia, she was remarkably able to continue to convince my stepdad that she was still in control. And in fact, she still did a pretty good job of caring for him. This was not always a good thing but because he was her husband and loved her unconditionally, he allowed her to call many of the shots. Trust me, there were a lot of “crisis management” moments for us as a family in those years. I’ve decided the only thing worse than being a caregiver in a situation like this is not being able to be the primary caregiver. As a daughter without a say in the final care of my mother, I suffered. We all did. And in the end, my mother, a caregiver to the end, had a major stroke and died knowing she’d done the best she could and more. Caregivers do the best they can with what they have to work with, and as is often the case, things don’t always happen as we have planned. Often accidental caregiving and uncertain outcomes ensue.

Am I a Caregiver?
So how do you know if you’re a caregiver? Last November, Comedian Jeff Foxworthy and caregiver/author Peter Rosenberger got together for National Caregivers’ Month and made light of this on a recent AARP website: https://www.youtube.com/watch?v=WJUyfrsJDCY “You know you’re a caregiver if you know your parents social security number but don’t know your own.” Or, “You know you’re a caregiving if you can open a heavy glass door with your butt while pushing a loved one’s wheelchair.” Humor helps. But realistically, if you take a loved one regularly to the doctor, or buy their groceries, or have a sibling with special needs whom you support, advocate for an ill spouse, or engage in long-distance care of a loved one, you are a caregiver. The important thing to recognize is that your caring role is important. What you do matters and to do it well, you need to name it. “I am the caregiver. I’ll do the caregiving here.” Step up. Name it, then care for your loved ones but also remember to care for the caregiver, too. Be able to recognize your own needs. And whether accidental, recognized or one of many or few, God bless caregivers and their loved ones, everywhere!

Sharon Dardis, RN, BSN, is a former Hospice of the Red River Valley employee. Beginning as a volunteer, she later became a hospice staff nurse and bereavement specialist. Sharon developed and facilitated “Kids Grieve, Too,” for Hospice, a support and educational program for young people experiencing the death of a loved one. Moving to the Twin Cities in 1993, she helped develop and coordinate “Kids In Grief” another children’s grief support group in Stillwater, Minn. Now retired, Sharon is a board member of the Minnesota Coalition for Death Education and Support and also edits their quarterly newsletter, “Coalition News.” In 2000, Sharon coauthored and published, “As I Journey On: Meditations for Those Facing Death.” The proud mother of three and grandmother of eight, Sharon spends her time with husband, Stan, in St. Paul, Minn., and Alpine, Wyo.