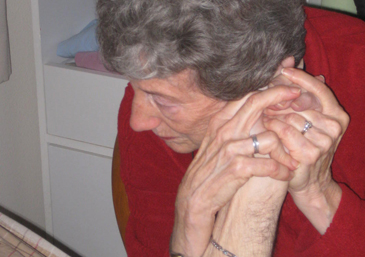 “Sometimes the right choices come after a nudge from someone on the outside looking in.”

The most difficult decisions a family faces surround the health care of a loved one who is seriously ill. Often times we become so immersed in our issues and their care that we cannot see what is later found to be so obvious. Sometimes the right choices come after a nudge from someone on the outside looking in. Such was the experience for Marlene Christenson and her family as they journeyed with her husband, Boyd, through his struggle with Alzheimer’s.

Boyd was diagnosed in September 2004. As they held hands in their doctor’s office, Boyd assured Marlene that they would be alright. Through some difficult decisions that would result in the right choices for them, they found that to be true. But not without wonderful support, excellent care and a remarkable attitude on the part of Boyd and their entire family. Together they determined that they were now in the “business of making memories.”

There were several difficult decisions that would follow and one of the most significant for Marlene would be when Boyd could no longer live with her. She asked herself, “How long can I care for him at home?” and “How will I know when that time is up?”

She found those answers on a cold winter’s day in February of 2009. Boyd was standing in the doorway of their den, undecided, confused and bewildered – he was experiencing what the medical profession calls a ‘psychotic incident’. A subsequent trip to the hospital resulted in a doctor’s firm declaration that he could not go back home. The decision was being made for her and she knew it was the right one for them.

Marlene and her family researched local care facilities and chose one close to their home that had a memory care unit. Boyd understood what the decision meant, and with some more thought and discussion, he accepted the move. They both knew he would be safe and receive excellent care. For them, this was the right choice.

They continued making memories. They went for long walks, had family and friends for dinner back at their home and took lots and lots of pictures to document this journey. One day they even “entertained” at the care facility by spontaneously dancing to some background music.

They also engaged in dozens of games of double solitaire. “There was never a winner, but it was one thing I could do to keep him engaged,” said Marlene. It was also a way for her to measure his decline.

The progression of Alzheimer’s is like a slippery slope heading towards a steep ravine. The challenge is in knowing when one might reach the ravine. For Boyd, it was in October of 2009. He changed drastically, needed more care and became less responsive.

In the midst of this was a long-planned and much anticipated family trip to Peru, a country near and dear to their hearts. Although it wasn’t part of the plan for Boyd to make the trip, it also wasn’t a part of the plan for him to have an unexpected hospital stay just days before the family’s departure. The physician tending to Boyd recommended hospice care. This was the next difficult decision, and Marlene knew hospice was the right choice.

At the physician’s encouragement, supported by the care facility where Boyd lived and the hospice staff, the family took the trip knowing that the many layers of care he was receiving meant he was in the best of hands. Another difficult decision made with the support of others.

The Friday before Boyd died, the family crowded into his room at the care facility. Shoulder-to-shoulder they kept vigil. His daughter left the room to update her husband who was on the way with their children. As she explained the setting and the situation, he asked, “Has anyone thought of bringing him home?” They were longing for more privacy, space and the comfort of familiar surroundings. This was actually the easiest decision and it turned out to be their very best choice.

Within hours, Boyd was home, comfortably settled in a hospital bed in the family room, in front of the fireplace. The family formed a cocoon around him, shared stories by daylight and candlelight, with his favorite music playing in the background. And as a family they chose to provide the final comfort cares to their father, grandfather, father-in-law, son-in-law and husband as he entered the last moments of his life.

Boyd died at home on Tuesday, December 22, 2009. As the outside world awaited celebration of the birth of the Christ child, the Christenson family awaited the celebration of Boyd’s relief from his arduous journey. The peace, tranquility and sacredness of that time were further affirmation that they had made all the right choices when faced with the difficult decisions. And they didn’t need to make them alone.