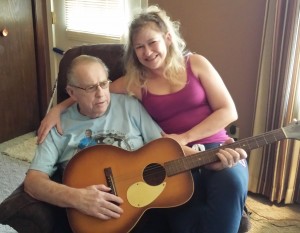 On a rural farm in Ulen, Minn., a long-sought-after dream came true for Sonny, Hospice of the Red River Valley patient, when he received a phone call from Nashville, Tenn. On the other end of the telephone Sonny heard the voice of his favorite country music singer, Bill Anderson (also known as “Whispering Bill”). “My family kept saying the call was going to happen, but I just couldn’t believe it,” Sonny said. “Pretty soon, there was a call, and I heard, ‘Telephone, Dad, telephone!’ I knew something was cookin’.” Sonny and Bill discussed the weather, life and Bill’s music—making Wednesday, March 5, 2014, a memorable day for Sonny.

“I like music, and I used to play a jukebox, but I didn’t pay attention to the artists at the time,” Sonny explained. “It wasn’t until after I retired that I began to notice Bill was singing the songs I really enjoyed.” Sonny found a new hobby in not only listening to Bill’s music, but also in taping weekly episodes of the Country Family Reunion show, hosted by Bill. “I have 52 videos in my collection so far,” Sonny said. He also enjoys singing along to some of Bill’s classic tunes like, Bright Lights and Country Music. 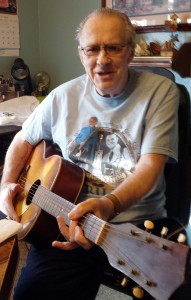 In December 2013, Sonny began receiving care from Hospice of the Red River Valley in his rural home. His daughter, Pam, wanted to connect him to an organization like Make a Wish® with the hope her dad could one day meet Bill.

“I got to thinking, there must be a place with the ability to help adults who are at end of life,” Pam said. Through an online search, she located the Dream Foundation in Santa Barbara, Calif. The Foundation’s mission focuses on enhancing the quality of life for individuals and their families who face a life-threatening illness by fulfilling a heart’s final wish. 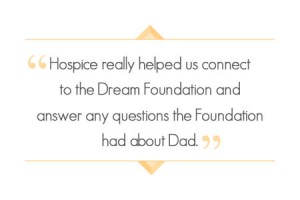 Because of Sonny’s current prognosis, the application was promptly forwarded to the “emergency dream team” and placed at the top of the Dream Foundation’s wish list. Given Bill’s schedule, a phone call was arranged instead of an in-person meeting.

“All of a sudden, it just happened, and Bill was on the phone,” Pam described with excitement. “Hearing Dad talk with Bill was a beautiful thing.” 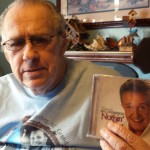 The Cherry on Top
Following the “dream” call, the Dream Foundation sent a CD from Bill, and Bill sent Sonny a package containing single-song DVDs and other artist memorabilia. “Bill had already sent me an autographed picture, but I’m happy to add the extra things to my collection,” Sonny said. “I couldn’t believe I actually got to talk to Bill. It was a once-in-a-lifetime experience.”